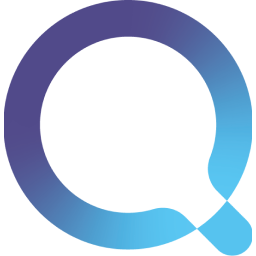 What do all of these three things have in common?

My home town, Milton Keynes, was just named a city as part of the platinum jubilee.

Whether a place is a town or a city may not be a huge deal. But I want to start this series off with Milton Keynes because for me it's got huge parallels with what we're doing with FinOps and well, a lot of other stuff too.

If you tell someone that you're from Milton Keynes (or MK as its affectionately known) they'll make the same jokes: it's full of roundabouts, dual carriageways, and concrete cows.

The thing is, the jokes are funny because... they're true.

The city, which was largely built in the sixties and seventies, is regarded as soulless, modern and concrete... The worst of what those decades had to offer.

You can drive straight through the middle of it without seeing any buildings behind the trees on the grass verges.  Other than the shopping centre, there’s no distinguishable high street and very few old buildings.

In short, at first visit, it doesn't really feel like a city at all.

So does that mean it’s a failure?

Living in the UK we’re really lucky to be surrounded by so much physical history. Everywhere you go there are beautiful buildings, parks and streets that give us a physical connection with the past.

This is undeniably a very beautiful and cool thing to have.

But there's also a downside to a fascination with history.

Because our towns and cities are so old urban planning always has to evolve around what came before. You can't just build a new road where you like, it has to fit around that roman aqueduct, this medieval church and those victorian terraces.

The result is cities that get struggle to keep up with modern life. Narrow streets and crumbling infrastructure that was never designed to take the weight of traffic it now experiences every day.

If we wanted we could knock down the old stuff, or build newer towns around them. But, by and large, that's not how we like it. We love the old stuff. The cities with the history, the old buildings and rich heritage are almost always the most popular (and expensive) to move to.

but that's not all

If a love for history leaves us with a few narrow roads and a little more traffic that's not the end of the world is it?

But I think the problem goes a lot further than that.

It's the fascination with the past, and a fear of novelty that perpetuates our current housing crisis. Since 2020 our population has increased by 20% but the available housing stock has increased by less than 10%.

Why aren't there enough houses being built?

Strict planning rules control how many new homes can be built.

We all accept that more houses need to be build. But of course nobody ever wants a new one built in their own back yard. And nobody wants a new one that doesn't fit in with the vibe of all the old houses around it.

Planning regulations ensure that no new building can change the historic character of the existing neighbourhood. The system functions to protect the past at the expense of the present.

The result is that Britons on average live in older buildings than almost any other country. Generally these buildings are less energy efficient and poorly designed for modern living.

the cost of conservatism

This system leads to some pretty bad results:

Is this all the price we pay for protecting history?

"It may startle some political economists to talk of commencing the building of new cities ... planned as cities from their first foundation, and not mere small towns and villages. ... A time will arrive when something of this sort must be done ... England cannot escape from the alternative of new city building." T. J. Maslen, 1843

Set against this backdrop, the story of Milton Keynes is pretty unique.  In a sector that's all about protecting the spirit of the past the architects of this new city set out to do something totally different.

Their vision was pretty unique:

The plan called for a "forest city," with three million new trees and 25% of the land allocated to parks.

Most cities broadly look like a circle with an historic centre in the middle.  In contrast Milton Keynes was to follow a decentralised model, with local centres set within road grid squares.

In the 1960s, when the city was designed, retail centres and office locations were springing up in out of town locations. In Milton Keynes it was decided to space these out in the centre.

Did these innovations help the planners build the city of dreams?

Real life is much more complicated than that.

Some of their ideas, like the Parks Trust and the 'redway' pedestrian routes, stood the test of time.

Others, like the shopping centre and the public transport, didn't age as well.

Despite all the stuff that inevitably went wrong I find the vision really inspiring.  It's not often that people have the courage to do something so brazenly utopian, that flies totally in the face of established conventions.

They challenged assumptions, defined a vision and went after it. You have to admire that!

the FinOps mindset: Challenge everything

So I wouldn't go as far as to say that Quantico is the Milton Keynes of the accounting world 🤔 ... but there are parallels!

Accounting, just like urban planning, is a sector that's dominated by the past rather than the future. As I've said before, it's dominated by entrenched interests that have a vested interested in preventing change.

One of the Principles of FinOps is 'Challenge Everything.'  To us challenging every assumption, whether that’s questioning the logic behind a city plan or how accounting firms work, we're always asking 'why?'

In that sense I'd say we're just like those urban planners from the 1960s.  I hope that like them we can have the courage to challenge an old fashioned sector with an  optimistic vision for the future.

The thing is, when you tackle a vision as big as designing a whole new city, you can't just come up with a cool plan then move on.

This is where the second of our Principles of FinOps comes in: Always be iterating.

No matter how good your plan is, you need to constantly evolve, adapt and improve as circumstances change.  At Quantico we find that this is particularly true working with startups: There's never quite enough time to finish everything, and new problems crop up all the time.

Depending on who you ask, this could be the part of the story where Milton Keynes didn't do so well.  As the city evolved so too did the political environment. New planners and new governments were more interested in reversing the vision than iterating it.

This is where the Quantico story will be different...

Until then, I better get back to work ;)

Interested in joining us? Check out our active roles here

Why accounting is sh*t

Why accountants hate their jobs